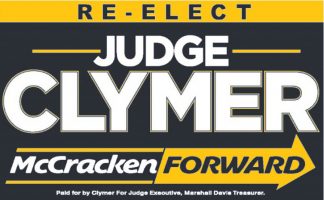 Hey Judge – What is a Judge Executive?

“HEY JUDGE” What is a Judge Executive?

Although it is called “County Judge/Executive”, and the person elected to the position is called “Judge”, he or she has no judicial responsibilities.  The Judge Executive (JE) is the Chief Executive Officer (CEO) of the county.  The position is established by section 144 of the Kentucky Constitution.

The JE is elected to a four-year term and serves as the head of the executive branch of the county’s government, but also is an ex officio member of the county’s Fiscal Court, the legislative body, having an equal vote with the county’s three Commissioners.

Before the Kentucky Constitution of 1850, the primary county administrator was the “justice of the peace” who did have judicial, legislative, and executive powers, until Kentucky government was reorganized into three separate branches in 1975.

The powers and duties of the J.E. are found in Kentucky Revised Statutes (KRS) 67.710, and generally the J.E. “…shall be responsible for the proper administration of the affairs of the county….”

The statutory duties include, but are not limited to:

A most important duty, not expressly stated, is to serve as the county’s ambassador to other governments; state, federal, and city, and maintain positive relationships for the common good.

Next “Hey Judge” segment:  What are the top priorities for McCracken County?